Home » Entertainment » Upcoming TV Shows/Series To Watch in 2022 [With Trailer]
Posted in TV Series | Published on January 20, 2022 by Editorial Staff 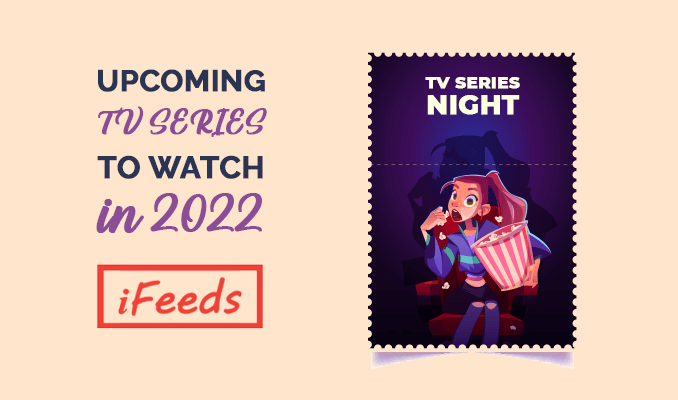 Are you a fan of binging sitcoms?

Wearing pajamas, getting cozy with hot chocolate, and putting on your favorite TV show. Bliss, right?

Tons of your favorite shows and some new ones are releasing soon. Are you excited? So here’s a list of shows to look forward to.

Golden Globe and Emmy winning Ozark, is returning with the series finale. After the third season’s last episode, fans have been eagerly waiting for Ozark’s next part.

The fourth and final season will release in two parts. The first part starts streaming on Netflix on 21 January 2022.

The Walking Dead Final Season [Premieres on AMC on Feb. 20]

The Zombie-apocalypse is about to end, or maybe it’s the beginning of something new. One of the highest-rated AMC horrors is bringing the series finale this year.

Most-awaited last 8 episodes of the 11th season would be available on February 20. It’s going to be a grand conclusion. The good news is, producers are planning spin-offs of the show for the coming years.

Outlander season 6 is going to be full of jaw-dropping drama. In fact, the season will have exclusive scenes adapted right from A Breath of Snow and Ashes.

This time, even Diana Gabaldon (author of books behind the show) loved all the episodes.

Season 6 of Outlander is planned to premiere on 6 March 2022.

With a unique plot of another side of the superhero lifestyle, The Boys gained immense popularity. If former President Obama loved this show, there’s something brilliant about it.

Fans have been eagerly waiting to see what happens with Homelander. Now the wait is almost over. The Boys will greet us on Amazon prime on 3 June 2022.

Prime will release the first 3 episodes together to increase the thrill.

The Lord Of The Rings [Premieres on Amazon Prime Video on Sept. 2]

Amazon Prime’s most awaited, big-budgeted, TV series is almost ready to release. The Lord Of The Rings TV show will be here this September.

The show will set upon the timeline before the books and movies of the same name. It’s a prequel Amazon has been planning to launch for a long time now.

Finally, we will get to see the second age of middle earth pretty soon.

HALO [Coming to Paramount Plus]

The videogame franchise, Halo, is soon meeting us in the TV show format. We will get to meet Master Chief and his adventures to fight aliens in the 26th century.

Pablo Schreiber is going to play the role of Master Chief. The release date will be confirmed pretty soon.

House Of The Dragon [Coming to HBO]

GOT fans have been waiting for the prequel since the day HBO announced it. Finally, the Targaryens will greet us. The story will take place 300 years prior to events from GOT.

House of the Dragon, based on Fire and Blood by George R. R. Martin, will release this year, The final date would be conveyed soon.

Moon Knight [Coming to Disney Plus]

Marvel posted the official poster of Moon Knight on 18th Jan, with the release date of the series.

The new Disney+ Hotstar Marvel show will release on 30 March. The teaser gives us a glimpse of Steven Grant who apparently cannot distinguish between real life and nightmares.

Along with Moon Knight, we will also meet Sharon Carter in this show.

Ms. Marvel [Coming to Disney Plus]

Kamala Khan, AKA Ms. Marvel will be shifting shapes this year. Marvel’s another TV show is hitting Disney+ Hotstar during summer 2022.

Starring Iman Vellani, the show will introduce us to the Marvel comic character everyone is waiting for.

It’ll be a mini-series of 6 episodes, contributing to the fourth phase of MCU.

She-Hulk [Coming to Disney Plus]

Speaking of Marvel Studios, we will also meet She-Hulk this year. Directed by Kat Coiro and Anu Valia, the series stars Tatiana Maslany as She-Hulk.

Of course, Mark Ruffalo will be sharing the screen with Tatiana. The release date probably is in mid-2022.

The story is set around a decade before Kirk’s command. This prequel of Star Trek: The Original Series will release in Mid-2022.

After nearly three years, Stranger Things season 4 will finally be here. Your summer will be reserved for Eleven and her friends.

Will Eleven actually have the best Spring Break ever? The Kids will return to Hawkins for spring break and it will be another roller coaster for them.

Based on the comic books, The Umbrella Academy gained a lot of popularity. After brilliant two seasons, the third season would finally come out this year.

Hargreeves siblings will have to deal with another mess in a different timeline. The official release date is not announced yet. But it’ll be worth the wait.

If you’ve watched season two of The Witcher, you might have seen the post-credit scene.

It shed light on the upcoming prequel of the series named Blood origin. It will be a mini-series starring Michelle Yeoh and Sophia Brown exploring the timeline almost a millennium prior to The Witcher S1.

Resident Evil is a franchise of video games, novels, and movies. And now, an upcoming series on Netflix is going to reveal the dark secrets of the Umbrella corporation three-decade after the T-virus outbreak.

The story might take place in two timelines to explore dark secrets. The official release date will be declared soon.

The year, indeed, is going to be a lot more entertaining and fun. Your weekends are all sorted with exciting shows.

So, how many shows did you shortlist to watch? Bet it’s all of them. Well, happy binging.